The main task of the heart is to pump the blood which then gets circulated into the entire body. Heart failure occurs when the heart fails to pump enough blood to meet the body’s needs.
Nowadays, heart failure has become a common ailment across the globe and is the root cause of many heart-related diseases.

Most common causes of heart failure:- 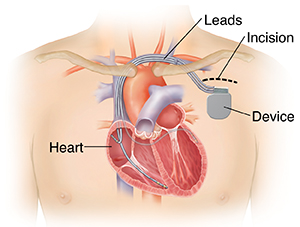 The procedure involves implanting a half-dollar sized pacemaker, usually just below the collarbone. A biventricular pacemaker monitors the heart rate to detect heart rate irregularities and emit tiny electrical impulses to both of the heart's lower chambers (the left and right ventricles) so that they pump in a more efficient, coordinated manner. In effect, it is "resynchronizing" the heart.

A CRT system is made up of two parts.

This therapy has been shown to improve the symptoms of heart failure and overall quality of life in certain patients with severe symptoms that aren't controlled with medication. 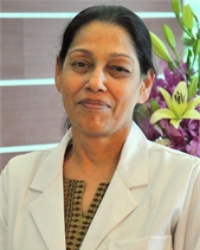 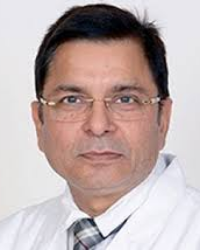 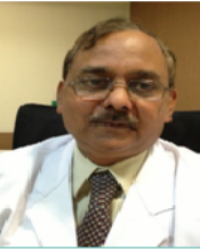 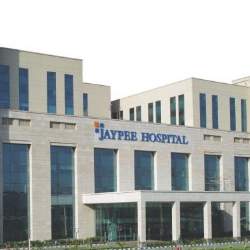 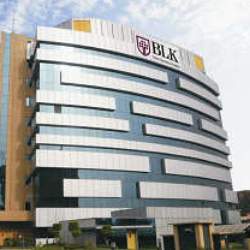 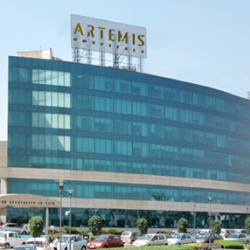 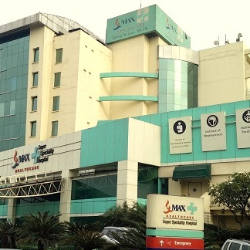 What is heart failure?
The term “heart failure” makes it sound like the heart is no longer working at all and there’s nothing that can be done. Actually, heart failure means that the heart isn’t pumping as well as it should be. Congestive heart failure is a type of heart failure that requires seeking timely medical attention, although sometimes the two terms are used interchangeably.
What are the signs and symptoms of Heart failure?
Heart failure can be ongoing (chronic), or your condition may start suddenly (acute).
Heart failure signs and symptoms may include:
What is Cardiac resynchronization therapy (CRT)?
Cardiac resynchronization therapy (CRT), also called biventricular pacing, uses a special kind of pacemaker (a biventricular pacemaker) that is designed to help the ventricles contract more normally. It keeps the right and left ventricles pumping together by sending small electrical impulses through the leads.
This therapy has been shown to improve the symptoms of heart failure and overall quality of life in certain patients with severe symptoms that aren't controlled with medication.
What are the types of CRT devices?
There are two types of CRT Devices. Depending on your heart failure condition, a Cardiac Resynchronization Therapy Pacemaker (CRT-P) or a Cardiac Resynchronization Therapy Defibrillator (CRT-D) may be indicated.
What are the benefits of CRT?
CRT improves the heart’s efficiency and increases blood flow, heart’s rhythm and the symptoms associated with the arrhythmia. Clinical studies also suggest decreases in hospitalization and morbidity as well as improvements in quality of life.
Who is a candidate for CRT?
In general, CRT is for heart failure patients with moderate to severe symptoms and whose left and right heart chambers do not beat in unison. However, CRT is not effective for everyone and is not for those with mild heart failure symptoms, diastolic heart failure or who do not have issues with the chambers not beating together. It is also not suitable for patients who have not fully explored correcting the condition through medication therapies.
What is the cost of a pacemaker implant?
The cost of a pacemaker implant varies from one hospital to the other. There are a variety of implants available and the cost may vary among different manufacturers.
Do I feel heavy with a pacemaker Implant?
Initially yes, but slowly you get used to it.
Is a pacemaker cost covered under insurance?
Usually insurances do cover pacemaker cost.
What are the risks of pacemaker implantation?
CRT implantation is generally very safe, patients rarely experience complications during or after pacemaker implantation. There is a small risk of bleeding, infection, damage to nerves, veins or lung, or the leads causing damage to the heart. Your surgeon will discuss the aims and risks of your procedure in more detail with you.
How soon can I drive after pacemaker surgery?
You can start driving within a week as long as you do not experience any discomfort such as dizziness and fainting. You should start driving only after consulting your doctor.
How long does a pacemaker battery last?
A pacemaker battery may last anywhere between 6 to 10 years. Another surgery to replace the battery is required after that.