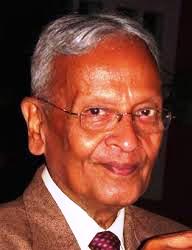 Dr. A. K. Banerji is a legend in the field of Neurosurgery in India. He is credited with establishing microneurosurgery in India, standardizing neurosurgical training and evaluation in the country and contributing to the development of various neurosurgical sub-specialities.  He systematically developed aneurysm surgery, peripheral nerve surgery, transphenoidal surgery, surgery for pineal region tumors among other pioneering interventions.

Prof. Banerji joined All India Institute of Medical Sciences in 1965 and was instrumental in setting up the Neurosurgery Department from scratch. He went on to become the chief of Neurosciences Centre at AIIMS in 1988 and held that position until his retirement in 1995. Dr. A. K. Banerji has the rare distinction of being bestowed as Emeritus Professor at AIIMS, Delhi for his contriubtionns and dedication to the field of Neurosurgery. After his successful stint in AIIMS, he launched VIMHANS (Vidyasagar Institute of Medical Sciences), New Delhi, which was one of the country’s first mental health and neurosciences center in the private sector. Dr. Banerji worked as the Director of VIMHANS until 2007 when he joined Apollo hospital in 2007 and continues to be an Emeritus Consultant at the hospital. He has the rare distinction of having two orations named after him.